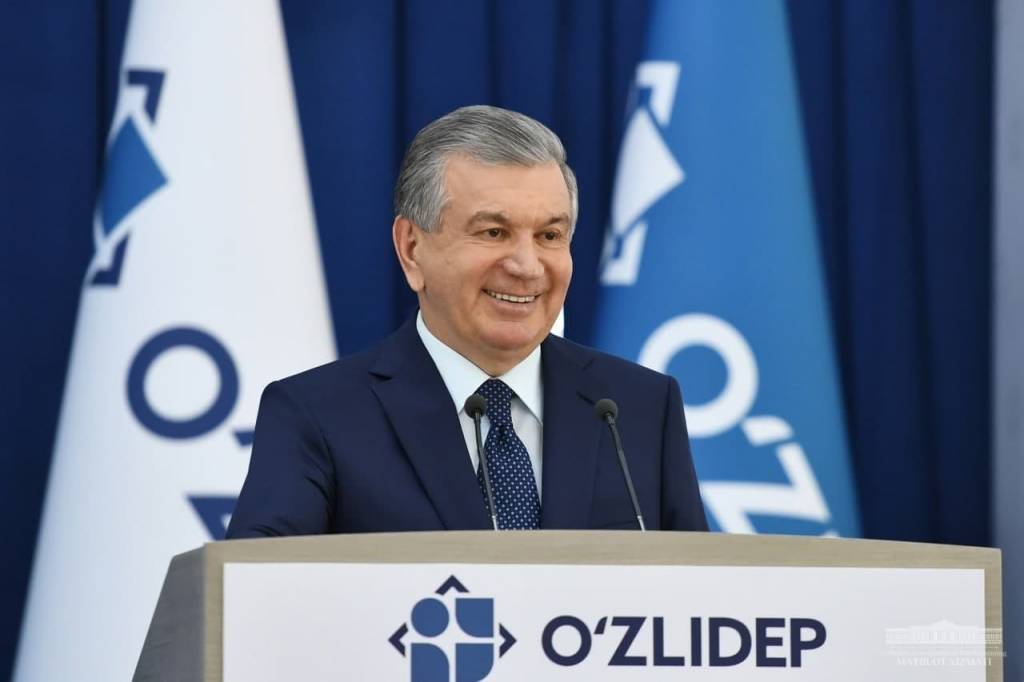 On September 27, the Presidential candidate from the Movement of Entrepreneurs and Businesspeople – the Liberal Democratic Party of Uzbekistan Shavkat Mirziyoyev met with voters of Namangan region.

The authorized person of the candidate in Namangan region I. Najmiddinov opened the meeting.

Candidate for the President of the Republic of Uzbekistan Shavkat Mirziyoyev made a presentation on his pre-election program.

The program consists of ten priority areas, covering, in particular, the issues of building a new economy based on science and innovation, reducing poverty through active entrepreneurship and targeted financial support, increasing efficiency in agriculture, improving the quality of education, strengthening public health, balanced development of the regions, the formation of a people-centered government, ensuring the rule of justice and law, implementing an open and pragmatic foreign policy, developing culture and enhancing spirituality.

It was noted that over the past five years, the volume of local industry in Namangan region has almost doubled, a total of 277 thousand new jobs have been created. At the same time, there are many current issues related to the improvement of living and working conditions.

The priority task in the candidate’s program is to create 400 thousand new jobs in Namangan region, increase the income of the population at least 2 times and reduce poverty by 2 times over the next five years.

In particular, through the development of entrepreneurship, it is planned to create 164 thousand jobs. The goal is to create 150,000 new jobs through the implementation of more than 10,000 investment projects worth $7 billion in the textile, leather and footwear, food, pharmaceutical, construction and furniture industries.

It was noted that the main growth points in the service sector will be domestic and foreign tourism, trade and logistics. The possibility of turning the Namangan region into a tourist center, capable of receiving an average of 1.5 million tourists a year, was emphasized.

Reforms in agriculture will continue, it is planned to employ over 80 thousand people in the sector. More than 11 thousand hectares of land will be leased to the population on a long-term basis.

The report also touched upon the issues of housing construction, development of road transport and engineering infrastructure. It was noted that in the next five years, 700 multi-storey buildings with 16 thousand apartments will be built in the region. The level of centralized drinking water supply will be increased to 85 percent. New hospitals will open, and the scale of the provision of high-tech medical services will expand.

In the next five years, 7 universities will be opened in Namangan, as a result, their total number will reach 10. It is planned to organize a University of Foreign Languages ​​at Ibrat Creative School.

“I grew up in an ordinary, educated family. I deeply realize that a person must work tirelessly to achieve his goal, not be afraid of difficulties and problems. In this I rely on the trust and support of our people, our generous, kind-hearted compatriots – people of Namangan”, Shavkat Mirziyoyev said.

Representatives of the party expressed support for the candidacy of Shavkat Mirziyoyev and urged others to vote for him in the Presidential Elections.