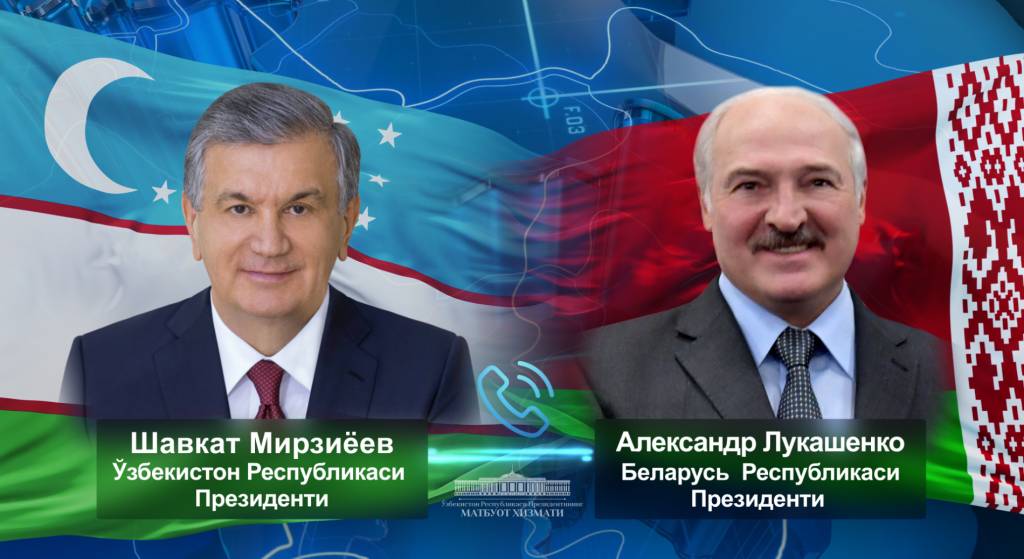 The Head of Belarus warmly congratulated the Leader of Uzbekistan on his convincing victory in the Presidential elections, sincerely wishing success in the implementation of the plans, as well as welfare and prosperity to the friendly Uzbekistan people.

Issues of cooperation were considered. The dynamic development of trade relations and the expansion of the scale of cooperation of leading enterprises, the intensification of cultural and humanitarian exchange were noted with satisfaction.

The Presidents spoke in favor of continuing close interaction within the framework of regional organizations, including the Commonwealth of Independent States and the Eurasian Economic Union.