Modern conditions created for the Palace of Culture 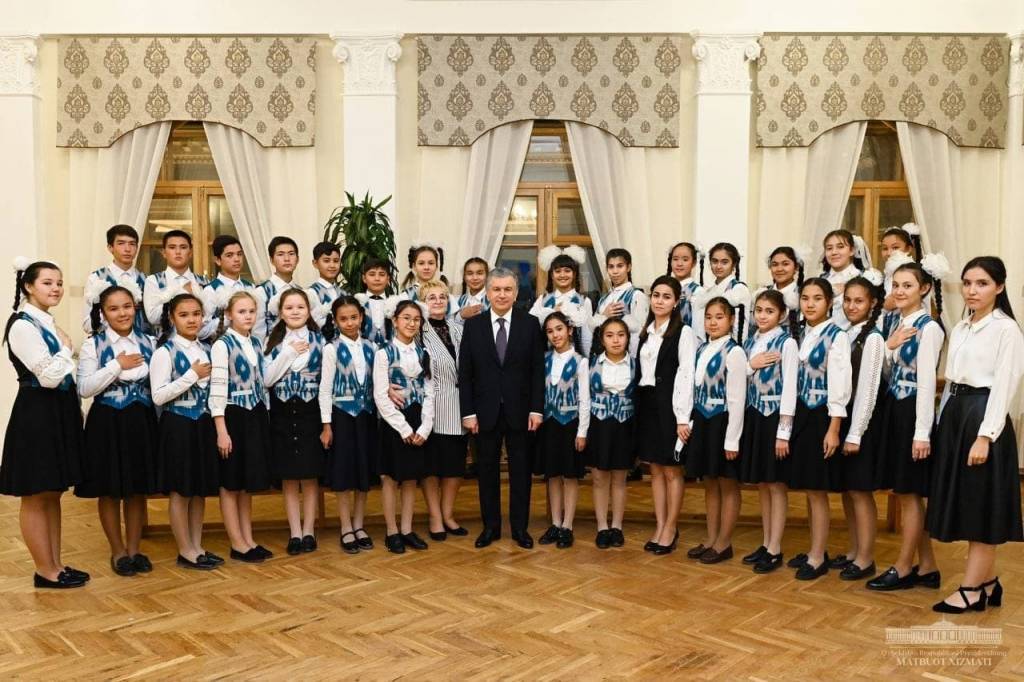 The Head of the state visited the Palace of Culture of Chemists in Chirchiq.

The building of the institution, built in 1958, is one of the city’s landmarks, a unique architectural monument. The Palace of Culture has brought up talented artists.

This year, the Palace of Culture was renovated. The building and fountain have been restored to recreate their original appearance. Modern air conditioning and heating systems, sound-amplifying equipment, are installed. The rooms are provided with the necessary furniture and equipment. Thanks to this, the palace again became a favorite place for the population, especially for young people. Today, more than 300 children are engaged in clubs organized under the Five Initiatives.

The President got acquainted with the conditions created here, watched the classes.

The Palace of Culture has a concert hall with 700 seats. Here the children gave a small concert.

The Head of the state wished them success in their studies and work, expressed gratitude to their mentors. Responsible persons were given instructions on expanding the activities of the Palace of Culture, constant support of clubs and creative teams.

Thereupon, the Head of the state has completed his visit to Tashkent region. The President returned to the city of Tashkent.