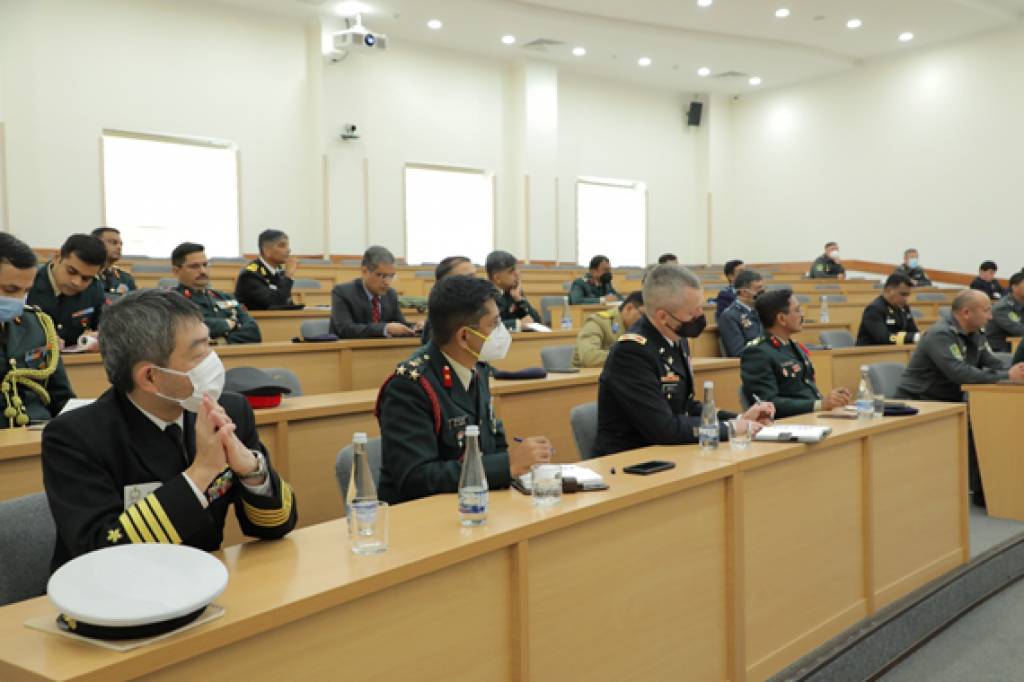 The ISRS Deputy Director listed the main challenges and threats to regional security in Central Asia, as well as key achievements in the development of cooperation between Uzbekistan and neighboring countries.

In particular, he emphasized that within the framework of the Action Strategy of President Shavkat Mirziyoyev, colossal work has been carried out to reform the Armed Forces of the Republic of Uzbekistan.

According to the expert, the Armed Forces of Uzbekistan demonstrated their mobilization potential last and this year, when they were attracted to assist government authorities and the healthcare system in the fight against the pandemic.

The briefing was organized by the Institute for Strategic and Regional Studies under the President of the Republic of Uzbekistan within the framework of the working visit of the delegation of the Indian National Defense College led by Major General Hari B Pillai to Tashkent. The Indian military delegation will stay in Uzbekistan from 11 to 16 October this year. The delegation will visit the Victory Park, museums of Amir Temur, the History of Uzbekistan, the Tashkent University of Information Technologies named after Muhammad al-Khwarizmi, the Military Institute of Information and Communication Technologies and Communications, other cultural and historical sites of the capital, Bukhara and Samarkand.